Jonathan Haidt | Moral Psychology in an Age of Outrage (Auckland) 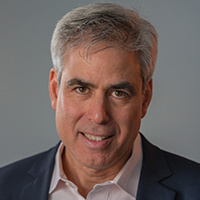 In 2012, US psychologist Jonathan Haidt rose to fame with the publication of his book The Righteous Mind: Why Good People are Divided on Politics and Religion. In its review, The New York Times called Haidt’s book “a landmark contribution to humanity’s understanding of itself.” It has since gained widespread praise from commentators left, right and centre (see here).

Both Foreign Policy and Prospect Magazine have listed Haidt on their respective rankings of the world’s Top 100 public intellectuals.

Haidt has since published extensively on threats to academic freedom and the polarisation of political debate on campus. His latest book (with Greg Lukianoff) is titled, The Coddling of the American Mind: How Good Intentions and Bad Ideas Are Setting Up a Generation for Failure.

This will be a rare opportunity to meet one of the world’s most original thinkers in New Zealand. Haidt’s work in moral psychology has deep implications for many of our global and domestic political debates.

This is a public event for which we have secured a ticket contingent for Initiative members. For more information, please contact chelsy.blair@nzinitiative.org.nz.

For more information and to purchase tickets click here: