The first eight months of the Trump presidency have been a wild ride, both for U.S. domestic politics and international relations. Read more

Since Chinese President Xi Jinping established the “Belt and Road Initiative” in 2013, the strategic vision for China’s integration into the global economy has focused on Eurasian connectivity. Read more

The New Zealand Initiative invites you to a members’ lunch with Hon Steven Joyce.Hon Steven Joyce has been a key minister in the National-led government for many years. As Minister of Finance, he just delivered his budget and is responsible for the government’s fiscal strategy.Please join us for a discussion of National’s plans for the economy ahead of the September election. Read more

Ranked #1 in the World Economic Forum’s Global Competitiveness Index for the seventh consecutive year, Switzerland is one of the most successful countries in the world. Read more

After the December reshuffle, the New Zealand government includes, for the first time, a Minister for Social Investment. In Hon Amy Adams, the Investment Approach now has a prominent seat at the cabinet table - she is ranked 6th in Prime Minister English's administration. Read more

Following its decision to withdraw from the European Union, Britain will regain control over its trade policies. This opens new opportunities for the UK but also for its traditional trading partners such as New Zealand. Read more

Trade after Brexit: The future of UK/NZ relations with guest speaker: The Rt. Hon. Peter Lilley MP, former UK Secretary of State for Trade and Industry.Following its decision to withdraw from the European Union, Britain will regain control over its trade policies. This opens new opportunities for the UK but also for its traditional trading partners such as New Zealand.As a former UK Trade and Industry Secretary and a member of the House of Commons Committee on Exiting the European... Read more

Our Retreat is the chance to discuss social and economic issues with members and bring those issues to the attention of New Zealand’s leading politicians. Read more

As minister for heath, Jonathan Coleman is responsible for the single biggest item in the New Zealand government’s budget. Read more 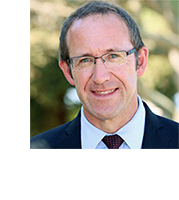 Members' Lunch with the Labour Party

Following on from the success of last year’s event, and a year out from the next election, this is a great opportunity to meet leading Labour politicians and privately discuss policy issues of common interest. Read more On 8 November, Americans will elect their 45th President. But this time will not be like any other Presidential election. The two main candidates, Hillary Clinton and Donald Trump, are both lacking popularity. One is seen as the embodiment of the Washington establishment, resented by a large part of the public. The other hopes to ride a wave of populism to the White House, and is resented by another large part of the public. Read more Accounting for 30 percent of the population and 35 percent of the economy, Auckland is New Zealand’s dominant city. Whoever will be Auckland’s mayor after October’s local elections, he or she will play an important role for Auckland– and for New Zealand. The New Zealand Initiative is pleased to host two of the leading candidates for the Auckland mayoralty. Victoria Crone and Phil Goff will share their visions for the ‘City of Sails’ and debate them with our members. Read more Government’s right to compel private owners to sell land for public works makes it easier for the government to build things like roads. A single hold-out owner along the route’s most logical path could otherwise hold the government to ransom. But things get murkier when government uses its power of expropriation for private profit. Read more The economic integration of the Asia-Pacific region has been a major success story of the last few decades, with overseas trade helping lift a quarter of a billion people from poverty to middle income. Now trade growth is slowing, the demographic dividend is over, and technology is disrupting. How should we interpret the changes afoot? Read more

Our Retreat is the chance to discuss social and economic issues with members and bring those issues to the attention of New Zealand’s leading politicians. Read more

Auckland
Member only event
Prev Page of 3 Next