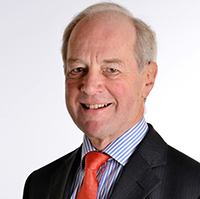 Trade after Brexit: The future of UK/NZ relations with guest speaker: The Rt. Hon. Peter Lilley MP, former UK Secretary of State for Trade and Industry.

Following its decision to withdraw from the European Union, Britain will regain control over its trade policies. This opens new opportunities for the UK but also for its traditional trading partners such as New Zealand.

As a former UK Trade and Industry Secretary and a member of the House of Commons Committee on Exiting the European Union, Rt. Hon. Peter Lilley MP is ideally placed to discuss the questions Brexit raises: How will the process of Brexit play out in practice? What should be the priorities for the British government? And where does this leave New Zealand?

Rt Hon Peter Lilley is a British Conservative Party politician who has been a Member of Parliament since 1983. He currently represents the constituency of Hitchin and Harpenden and, prior to boundary changes, represented St Albans. He was a Cabinet minister in the governments of Margaret Thatcher and John Major, serving as Trade and Industry Secretary from July 1990 to April 1992, and as Social Security Secretary from April 1992 to May 1997. He is a member of the House of Commons Select Committee on Exiting the European Union.