What's the Catch?: The state of recreational fisheries management in New Zealand

Around 600,000 New Zealanders, almost thirteen percent of the population, fish recreationally each year in inshore waters. Many of them place great importance on the ability to take home a day’s catch.

Fishing is a valued pastime, a way to connect with nature and tradition, and something that is integral to the Kiwi way of life. Though many of the fish stocks important to recreational fishers are healthy, some are overfished or depleted and need to be rebuilt.

What is the problem?

Continual increases in the demand for recreational fishing, along with competition with commercial fishing, have led to localised depletion and concerns about the sustainability of certain fish stocks.

Fishers are frustrated about the current state of depletion in some fish stocks, compared with what they experienced in the past.

The blue cod and scallop fisheries along the top of the South Island are a case in point. The cause of decline in catch levels is unknown, but are likely a combination of human and environmental factors. The situation is an indication of what might occur in other regions if the status quo management remains.

When considering New Zealand’s projected population and tourism growth, particularly in the Auckland region, it is expected that recreational fishers will face increasingly stringent constraints like daily bag and size limits. This approach does not look good for the future of recreational fishing.

New Zealanders have the opportunity to avoid the fisheries problems that so often characterise other coastal nations’ recreational fisheries. There is time to find workable solutions that enhance the recreational fishing experience now and in the future. For this to occur, key challenges need to be addressed, including:

Finding workable solutions The New Zealand Initiative’s first report, What’s the Catch? The State of Recreational Fisheries Management in New Zealand sets out the overall situation, with respect to the management of recreational, commercial and customary fisheries. This first report focuses particularly on recreational fisheries, their existing management challenges and solutions that are currently being debated. The New Zealand Initiative is preparing two subsequent reports.

This series of reports will culminate in policy recommendations to help the public debate what is possible in New Zealand and what solutions will work best.

It is important that any proposed solutions and policy developments uphold the secure rights associated with commercial quota holdings and the principles of the Treaty of Waitangi and related Treaty settlement obligations. 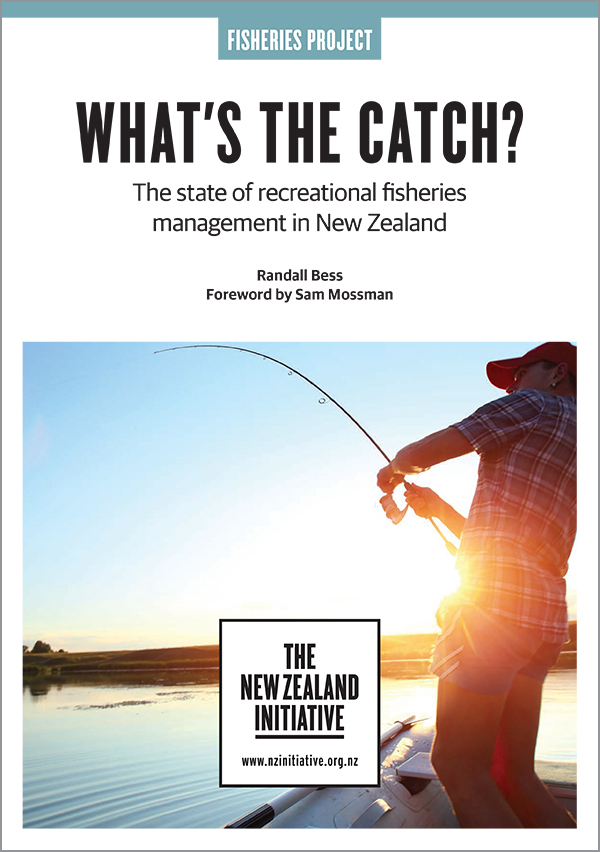 Dr Randall Bess on The Overseas Catch and fisher exchange

The Overseas Catch: The state of recreational fisheries management abroad