Open for Business: Removing the barriers to foreign investment

This is the third and final report in The New Zealand Initiative’s series on New Zealand’s global financial links. The second report in the series, Capital Doldrums, found that New Zealand stands out in international comparisons for the restrictiveness of its regulatory regime and the slump it its ranking for investment attractiveness.

This follow-up report analyses New Zealand’s regulatory regime to assess the reasons for our poor international performance. It identifies what underlying problems its restrictive features might be aiming to alleviate and proposes changes that would improve New Zealand’s economic performance.

The Overseas Investment Act 2005 (the Act) is New Zealand’s central piece of legislation governing incoming overseas investment. It requires prior approval for overseas investments in ‘sensitive assets’. An overseas holding of at least 25 per cent in ‘significant’ business assets – worth at least $100 million ($477 million for Australian non-government investors) – and any overseas purchase of non-urban land over five hectares are both defined to be ‘sensitive’. The Act’s definition of non-urban land plausibly encompasses 99.2 per cent of New Zealand’s land area. Many other smaller parcels of land are also regarded as sensitive.

Other than those involving sensitive land, the approval criteria provided for in the Act are not particularly restrictive for significant business assets. They focus on good character, financial commitment, business experience and acumen, and immigration considerations. However, the report finds that the criteria for approval do not test the economic benefit to New Zealanders, where sensitive land is sold to an overseas person not intending to live in New Zealand indefinitely. Indeed, the criteria are unambiguously hostile, even excluding the gain to a New Zealand vendor. This opens the way for the imposition of approval conditions that could impose net costs on New Zealanders given the regime’s potentially adverse effects on land values.

The United Kingdom is notably very open to foreign ownership of land, particularly so in comparison to New Zealand. Even the USA, certainly not the most relaxed country when it comes to homeland security, imposes very few restrictions on foreign ownership of land. It does have a post-transaction notification requirement for purchases of agricultural land but this is for information and transparency purposes only.

The report asks the obvious question – what are the gaps in New Zealand’s many laws relating to immigration, business activity, and financial securities and national security that could justify our screening regime? We were unable to find a satisfactory answer to this question. In short, New Zealand law does not contain gaps that would justify the regime’s existence, let alone its palpable deficiencies.  Treasury has long recommended eliminating all screening, and successive OECD surveys of New Zealand have also called for it to be eliminated or relaxed. We agree with their assessment.

The report’s general recommendations are that, if New Zealand is to prosper, our regulatory regime should aim to:

More specific recommendations of a ‘de minimis’ nature are to:

The onus of proof for keeping our highly regulated FDI regime should be on those who want to keep it. If other countries can do well with much lower levels of regulation, New Zealand should also be capable of doing the same. 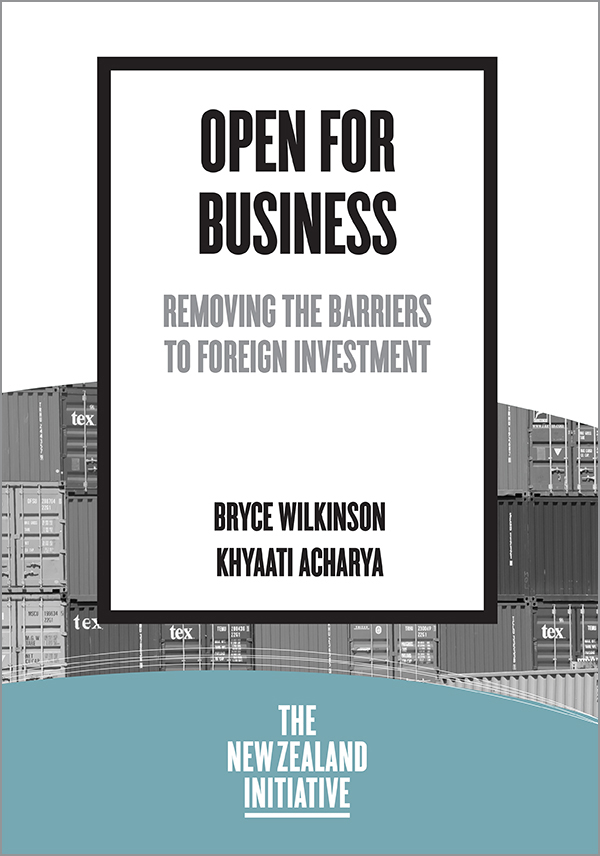